Twins and your ultrasound

Twins, and rarely higher multiples, can be identified through ultrasound. One of the medical reasons for “routine” ultrasounds for every pregnancy is so that they are detected. This is important both for the families and for medical care.

Importantly, the scan also helps to identify the type of twinning and therefore the risk of complications in the pregnancy. This is much more accurate in the first trimester (early pregnancy scan or 12 to 13 week scans). 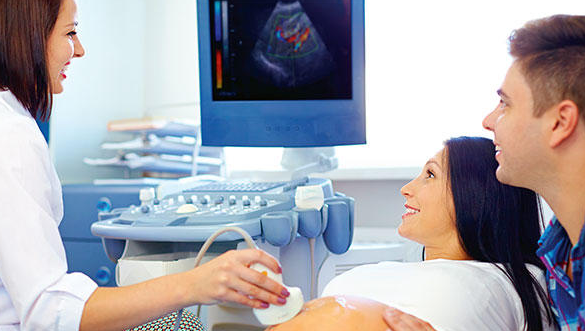 Twins seen in very early pregnancy will not always carry on as twins. Some normal single pregnancies started as twin pregnancies. 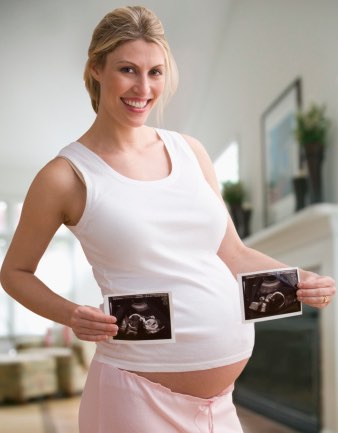 Identifying the type of twins

Concepts about twins often get mixed up.  In the community, the type of twins often refers to whether they are non-identical (fraternal) twins from separate eggs, or, identical twins from a single egg that splits after fertilisation.

Non-identical (fraternal) twins are more common in general. They are the ones that run in families, are more common in Africans and rarer in Asians. They relate to induction of ovulation and peak with the conceiving age of 35 to 39. Non-identical twins can be the same or different gender (sex). These types of twins always have separate placentas (even if fused) and therefore, also separate inner (amniotic) sacs.

However, the reverse is not true, separate placentas should not be taken as proving that the twins are non-identical, they are just more likely to be.

Identical twins make up about a third of twins.  Most identical twins share a placenta and circulation. If there is definitely only a single placenta, then it is true that the twins are identical.

However, if the single embryo splits up early enough, for example before Day 3, they look just the same as the fraternal twins. Identical twins have the same gender (sex).

The exact appearance of twins on the ultrasound will depend on the type of twins. At about 5-6 weeks, a small structure becomes visible (the yolk sac).

The outer sac of the placenta (the chorion) is then easily distinguished from the inner-sac membrane (the amnion). In very early pregnancy, the inner membrane is so thin it can be hard to see at all, and the number of yolk sacs is generally a better guide up until 7 or 8 weeks.

Identical twins often have one placenta and two amniotic sacs, in which case they are called monochorionic diamniotic twins. They usually do well but are a higher risk group. This is partly because of their shared blood circulation. This type of identical twins receive much closer monitoring than the more common dichorionic twins, which is when there are 2 separate placentas.

Twin pregnancies need more ultrasound than single pregnancies, as it is the best type of test to check each baby separately. Monochorionic twins (where there is a shared placenta and circulation) require more frequent ultrasound monitoring than the more common dichorionic twins. All our staff may perform ultrasounds in your twin pregnancy. Remember each time when booking to state you have twins, so that we can allow extra time. Your doctor may still discuss NIPT with you for twins.

Read about the 12 week scan,
which is the first true structural check of the fetus.

Read about the 19 week scan
which is the main ultrasound of your pregnancy.

Send Us an Email